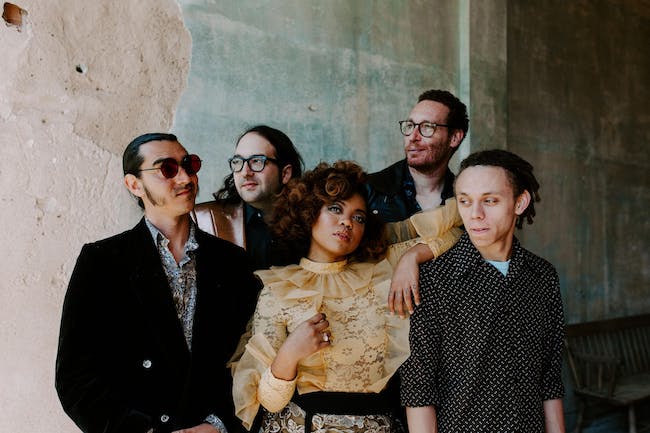 A collision of explosive abandon and nuanced restraint defines ‘Power’, as songs blur the lines between sugary Doo-Wop and distorted gospel, between Ronnie Spector pop and Audre Lorde poetics, transforming existential dread into dance floor ecstasy, channeling Prince’s unequivocal sensualism painting pleasure and power as two sides of the same coin. Produced by Cage The Elephant guitarist Brad Shultz, the record finds the Shreveport five-piece trading in the brash proto-punk of their critically acclaimed debut for a timeless brand of gritty soul, one that takes its cues from vintage Motown and Stax even as it flirts with modern synthesizers and experimental arrangements. Perhaps even more marked than the any sonic development on the record, though, is Haynes’ lyrical turn, which points her gaze inwards for the first time as she grapples with race, gender, and justice, writing with an unfiltered honesty that at once exudes strength and vulnerability, hope and despair, beauty and pain. “Sometimes, when you’re in the thick of the struggle, it’s hard to see the possibility of change,” she reflects, “but you keep striving nonetheless. Some call it faith. I have yet to find the right words, but I’m still trying.” In the end, there may be no act more subversive, more radical, more powerful than that.