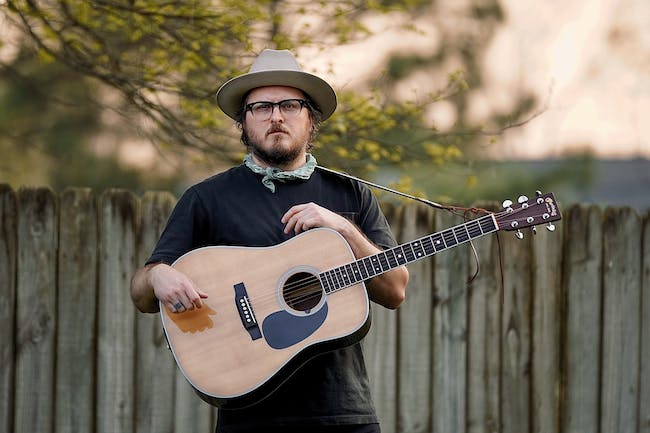 James Bradshaw lives in North Georgia with his family, where he writes songs, tends the yard, and raises children. After a long stint of being unsettled he arrived home in the southern Appalachian mountains to do his life’s work. Bradshaw released his most recent record, Calico Jim, on January 29th, 2021, via Black Mountain Music.

“There is not a pretentious note or lyric uttered in this masterpiece of songwriting. This is a truly, indelible, unforgettable album." – Country Standard Time

“All of Bradshaw’s strengths are on full display across the ten tracks that make up his new album Calico Jim, a musical work of Southern gothic that sprawls across North Georgia. Each song feels like a vignette confronting the tug of war between progress and (sometimes ugly) tradition that many rural Southerners find themselves caught up in.” - Glide Magazine

“There’s something timeless and essential about the stories Bradshaw tells on this record...They speak to an aspect of being human that is eternal.” -Holler