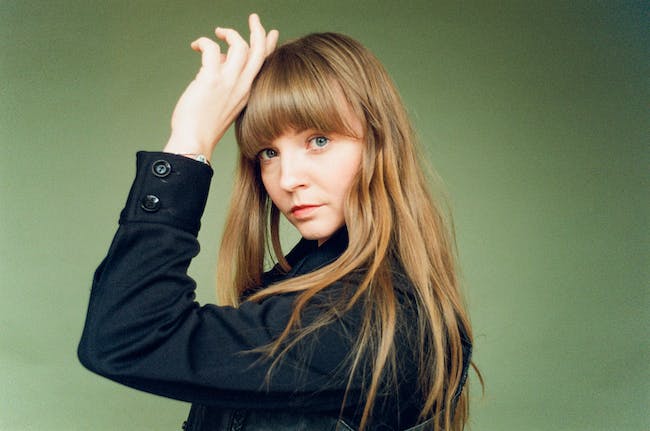 You can’t water old flowers. Yes, you fall in love, you make mistakes, and so do they. You run through blackberry fields in the summer of your youth, dream in passenger seats gazing past towns and fields, imagining a future life where everything works out. I fell head over heels in love at nineteen. The kind of love where you call up your best friend and say, “I think I’ve found my soulmate.” The pull towards that first true love is strong. It consumes you, makes you question your own dreams.

We taught each other, grew up together, we were family. We fit just right, for a time. Then one day, after a long and rocky nine year road, life changed and became a complicated mess too hard to untangle. We couldn’t get our love back, no matter how many dreams that shadowed this hard truth. We grew resentful, selfish, harboring past mistakes and holding them up like armor from every blow. We grew up and our paths diverted.

On New Year’s Day, 2018, a great horned owl dropped dead at my exes’ feet in my mother’s yard. It felt like a daunting omen, ushering on change for the both of us. We were distraught. We couldn’t afford the taxidermy, so we placed it in a big blue plastic garbage bin. Now it felt so cheap, that mystic creature in a plastic coffin. That’s how love feels sometimes – like we don’t serve it the ending it deserves.

The omen was true. That year, I started to see the woman I could be, the woman I wasn’t yet. Anytime I felt like myself, I was alone and wandering, and I knew that was a sign that it was time for change. New Year’s Day 2019, I said goodbye to my first true love and moved across the country. Losing someone you spend every day for nearly a decade with is intense. We talked in our dreams. I knew where he was, even before I entered a place. He’d always be there if I had a feeling. Humans are connected in unexplainable ways.

I was writing a lot after we broke up as a healing technique, preserving each memory like an emotional archaeologist. Late one night, I woke up from a dream where I was searching for him, my ex, at a carnival. It was so vivid. I woke myself up to write a song on my piano. The next morning, he reached out to me for the first time in months. We went out, had a drink, caught up, and he told me that the hardest part about our separation was a reoccurring nightmare where he searched for me at a carnival. In that moment, I knew, humans have ways of connecting beyond words and touch. I truly believe that. We had the same dream, without seeing each other for months.

Even with all the mystic symbolism that year presented, this is an age-old story I can’t make up. We fall in love, we grow up, we change, and they don’t change with us. ‘Old Flowers’ is about heartbreak. There are a million records and songs about that, but I did not lie when writing these songs. This album is about loving and caring for the person you know you can’t be with. It’s about being afraid to be vulnerable after you’ve been hurt. It’s about a woman who is alone, but okay with that, if it means truth.

This was my truth this year – my nine year relationship ended, and I’m a woman alone in the world, but happy to know herself.

These songs came to me alone, late nights in Bisbee, Lisbon, Nashville, and London. Sometimes I’d just cry and sing, and a song would come out. I drank too much wine while writing this record, lit too many candles. You could say this was my attempt to summon the muse, but that’s bullshit, because she was just standing there naked looking me in the eyes. So I told her the truth.

This is my story of the most heartbreaking, but soul-revealing, year of my life. I drove myself mad. I drove to the smoky mountains just to drive back. I danced with a Portuguese boxer and cried on his shoulder in a Fado cafe. I did everything an artist is “supposed to do.” But at the end of the day, beyond all the romance, these songs are my truth. I think they might be yours too.

“Before making this record, I was feeling the furthest from myself that I ever had.” Reflecting on her forthcoming album Excelsior!, Johanna Samuels continues, “There was a lot of cognitive dissonance—wanting to pursue my music while also being able to feel good about who I am as a person. This record is a lot of me identifying what I don’t want to be.”

A wholly personal document, Excelsior! finds the LA-via-NYC songwriter exploring the nuances of her interpersonal relationships and the importance of listening to each other, understanding that a conversation doesn’t have to end because one person has to be right and the other wrong.

Just as the songs on Excelsior! seek answers through companionship, Samuels calls upon a handful of womxn to provide the album’s backing vocals—a task she’d always performed herself until now. “I made the record mostly with men, and that's a space I find myself in constantly in music,” Samuels says, “so it was a very important and special part of the record to have these different womxn that held me up. I really looked up to all the womxn that sang on the record.” As such, Excelsior! makes space for the voices of Courtney Marie Andrews, Hannah Cohen, A.O. Gerber, Olivia Kaplan, Maví Lou, and Lomelda’s Hannah Read.

This is what pulls the songs together most—Samuels’ desire to re-establish bonds of community and connection—something she believes we’ve all lost in recent years. Indeed, much of Excelsior! finds her learning how to navigate being supportive of other womxn when for so long they’ve been pitched against one another. “How much space is given to us is so often dictated by men and it pits us against each other and has become ingrained in who we are. I’ve definitely acted against myself because of that, and in ways that I didn't feel like were authentic to myself,” Samuels explains.

That kind of communication breakdown is mirrored everywhere right now, resulting in rejection, anger, a loss of connection. Across its ten songs, Excelsior! documents the many ways that these allegiances can fall apart. “I want to be alone / More than I want to be alone with you,” she sings on the beautifully withdrawn opening track “Sonny”; while “Nature’s Way”, a defiantly more upbeat track, explores how easy it is to take empathetic nature for granted and how the loudest person is so often the most celebrated: “I've got a funny thing about saying what I want aloud / You push it so far down below / It’s here with its hands around my throat.”

Lead single “High Tide for One” is a slow-groove dance between spaced-out slide guitar and Samuels’ lilting Rhodes, written in response to the public plight of Dr. Blasey Ford. “My heart was broken for her and I reflected on how much scarcity of space and validation in basic experience there is for all female-identifying people, even in my own privileged, liberal community,” says Samuels. “It felt a bit hopeless. I felt exhausted, and for a while, I didn't have the strength to explain it or try to talk it through with anyone who wasn’t working to change it.”

Elsewhere, “All Is Fine” unravels like Figure 8 era Elliott Smith, with the punchy drums and Samuels’ engrossing voice shifting the tone of the record into something bolder and more defiant: “Sometimes I even keep what's mine / So take your time, I'm already gone.”

To be released May 14th on Mama Bird Recording Co. (US/World) and Basin Rock (UK/EU), Excelsior! takes its name from the signature that Samuels’ grandpa would use before he sadly passed away last December. “He was a very important person to me and he helped raise me,” Johanna explains. “He signed all of his letters and emails ‘Excelsior!’, including the exclamation point. It means ‘ever upward’ and that’s what I wish for everyone: to grow from listening with more empathy and from hearing each other out. I hope this record makes people want to be gentler with each other and themselves.”